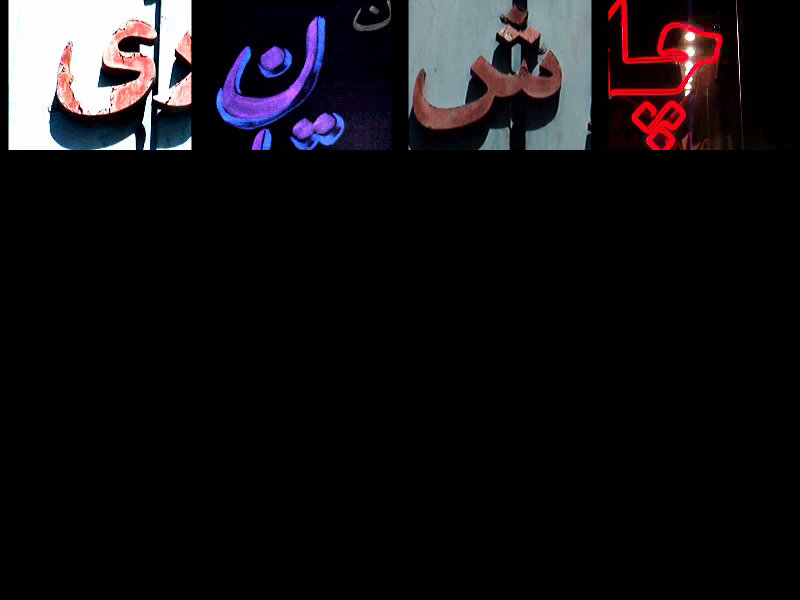 In my work for Khatkeshi In Berlin, I try to experiment with possibilities of combining randomness and interactivity with typography. Coming from an early literature background, letters – and here in Farsi clusters of types – have been fascinating me to work with. The city as a huge container of random types is a great Inspiration.Either to use and recycle those by creating new works based on “found” type, in the city, the multimedia program Four letter words (or more) is designed to let visitors interact with four screens, to write their own words with the possibility of saving and printing their results.
Due to the nature of Persian typography, the letter are introduced in connected forms beside their singular appearances.
By taking this into attention, the videos – shot from streets of Tehran –  were cropped into letters in their various forms (at the beginning, in the middle and at the end of the word), plus some clusters of words with 2-3 letters as a whole, added to the database, letting the users making words with more than 4 letters.

People who are not familiar with Persian/Arabic letters are asked to use the guidebook introducing the Persian letters and the clusters which are used in this program beside the examples and their meanings in German or English.